My son asked me, “Why can’t girls show their nipples?” (Well, technically he asked me, “Why can’t girls show their pimples?” After a few seconds of confusion I figured out what he meant.) My daughter has asked me a similar question in the past when we were at the beach and she wanted to know why her brother was allowed to take his shirt off but she wasn’t.

I’m not sure how to answer these questions.

I could ramble on about how we live in a puritanical culture that views women’s bodies as sinful. I could explain how many people aren’t even comfortable with a woman feeding her baby in public because her breast may be exposed and possibly even her nipple, which is considered horribly offensive.

I’m not quite ready to share all that with a five-year-old and a seven-year-old.

I stammer not wanting to saying something that reinforces the idea that girls and woman should be viewed as sex objects, but I am also not ready to go so deeply into a feminist “all bodies are beautiful” spiel that I turn my back on societal norms and start going topless. “Why can’t girls show their nipples?” is a surprisingly complicated question. 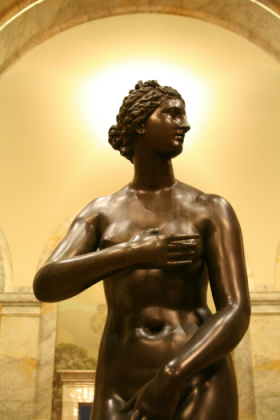 I end up saying something vague about culture and tradition, leaving my children’s inquiries largely unanswered and feeling guilty about it.

I want to tell my kids the truth about things, but I don’t want to admit how embarrassingly arbitrary some of the rules really are. It can be easy to ignore the arbitrariness of our societal norms because we are so used to the way things are that we forget to question them. Over time, though, our views can change.

Women are now able to go to college and vote and have almost any career they want. Those were not always normal things. A woman (hopefully) is about to become President of the United States, which will let our children see that as normal, too. So someday, maybe, women will be able to show their nipples and have it be as unexceptional as when a man does it. That seems like it should be the right answer, but I’m still not comfortable enough to say it.

One thought on ““Mom, why can’t girls show their nipples?””